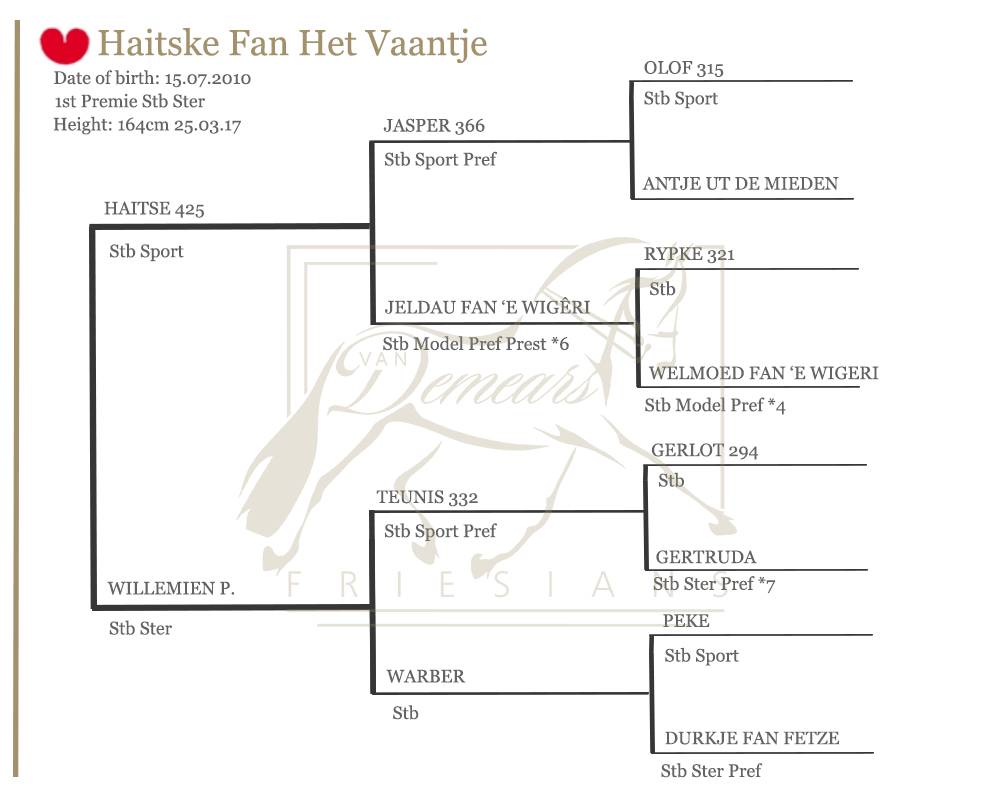 BB is a strong mare with a lot of presence, she has inherited the powerful, active hindquarters and good knee action of her sire Haitse 425. She has an elegant, long neck, good self carriage and movement that commands attention. In 2013, as a 2 year old, BB was awarded overall champion mare in Kootwijk, Holland which garnered widespread media attention. She was awarded 1st Premie Ster mare and graded in the top 461 purebred mares worldwide. In 2017 she was awarded champion mare at the QLD Keuring. In 2019 she received an impressive score of 80 for her IBOP.

Since being imported to Australia, she remains unbeaten in the showring in both led and ridden mare classes.

BB’s temperament is second to none. She is an incredibly intelligent mare who always aims to please. She is suitable to be ridden by professionals and complete beginners. She is kind and gentle with children and small animals – cats, dogs, alpacas. Traits that she has passed to her offspring.

BB’s dam sire is Teunis 332, a preferent + sport stallion who has had a large influence on the Friesian breed for producing modern sport horses.

We are expecting her first foal to Wester Fan T’lakerveld in 2020.